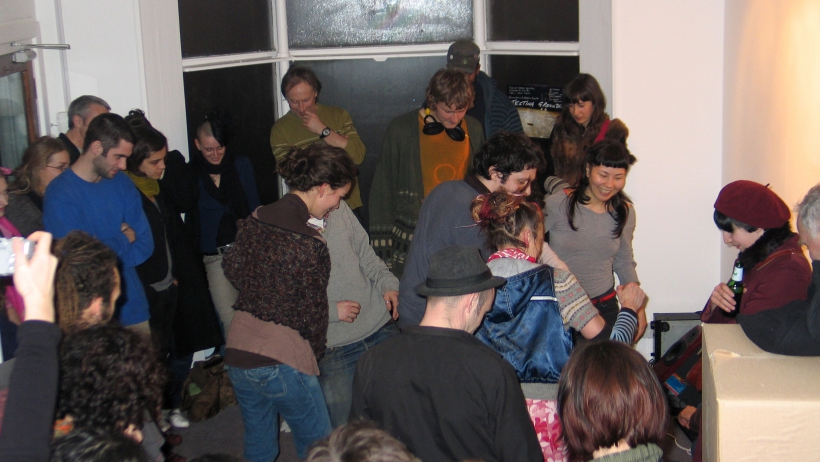 Testing Grounds was a great evening of performances. I performed with the public a musical football game.

No ball game is not really about interactivity but about the relation between the gallery, the artist and the public trough art. Performance generally is about having the public focusing on the artist and his actions. I wanted to merge the performer, the public and the prop.

Mainly, I wanted to bring back the joy of playing/experimenting in the gallery.

A football game is what occur to be the best way. It’s simple, ancient and childish. I programmed a wiimote in a soft ball to trigger musical elements and structures. I used processing with two libraries, proMidi and the wrj4P5 from Classiclll. Processing was triggering midi notes and controllers by using the wiimote movement and accelerations. The program was really basic and not that accurate because my point was more on working on the “ménage à trois” that are the public, the gallery and the artist.

It was not about creating a proper musical tool but a catalyst or extrapolation of the action, energy and gallery’s atmosphere.

Still, there are some principals I kept in mind while programming and creating the musical architecture. The permanent gallery is a small and quickly crowed space. So I kept the interactive and sound layers simple. There were 3 steps accessed by how hard you kick the ball. As for the sounds I wanted to created a ruff, blunt, dramatic, romantic and emotional soundscape. I wanted it to be proper music as well as sound poetry.

That was really experimental as I didn’t know how people were going to react to the proposition, if the ball was going to handle all the kicking and if the “soundtrack” would match the performance.

Testing Grounds was organised and curated by Nadege Derderian at the Permament gallery.

You can also watch another short version filmed from the ground (2:41). 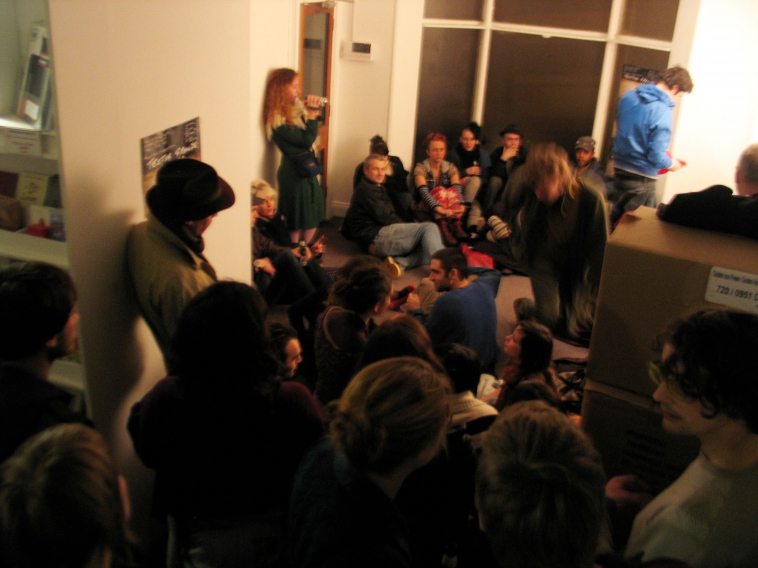 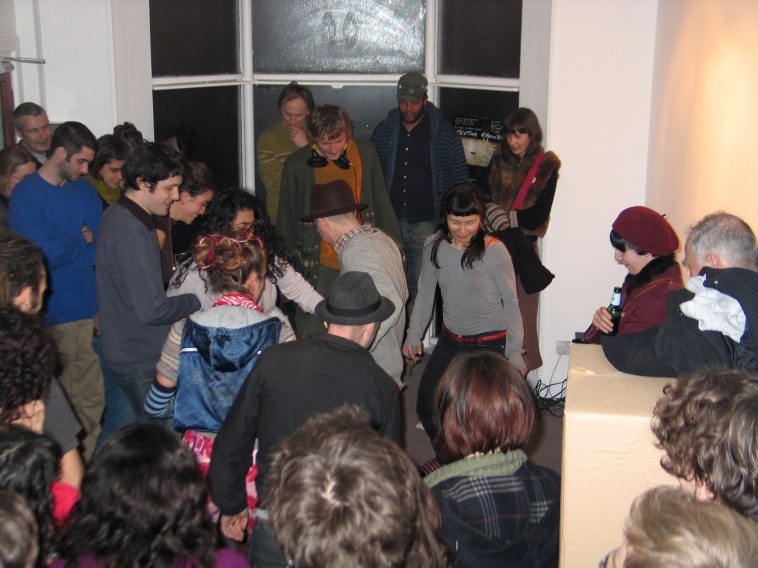 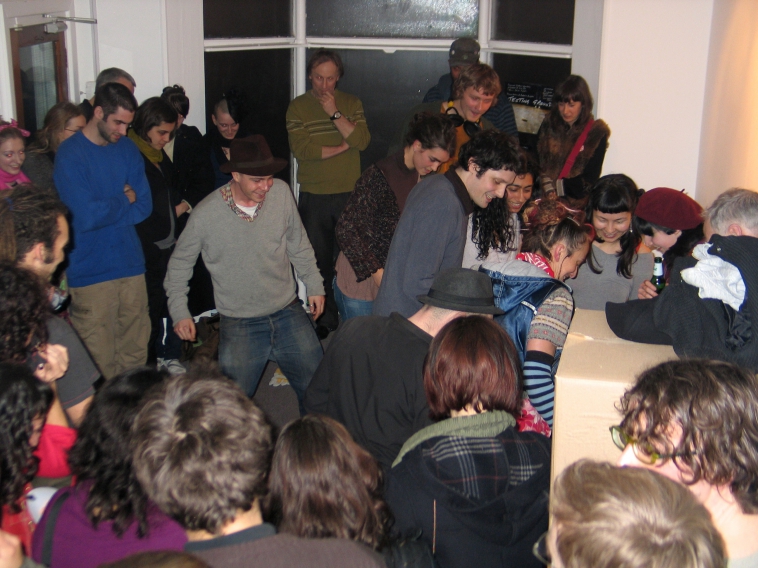 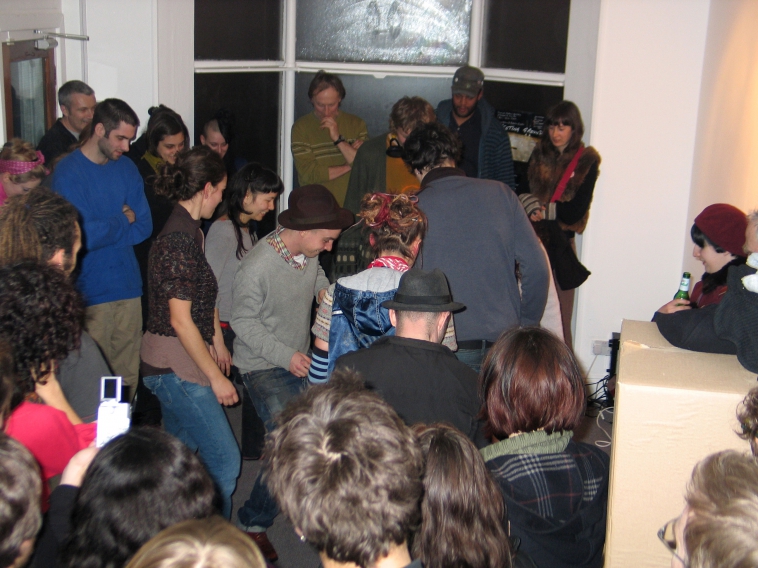 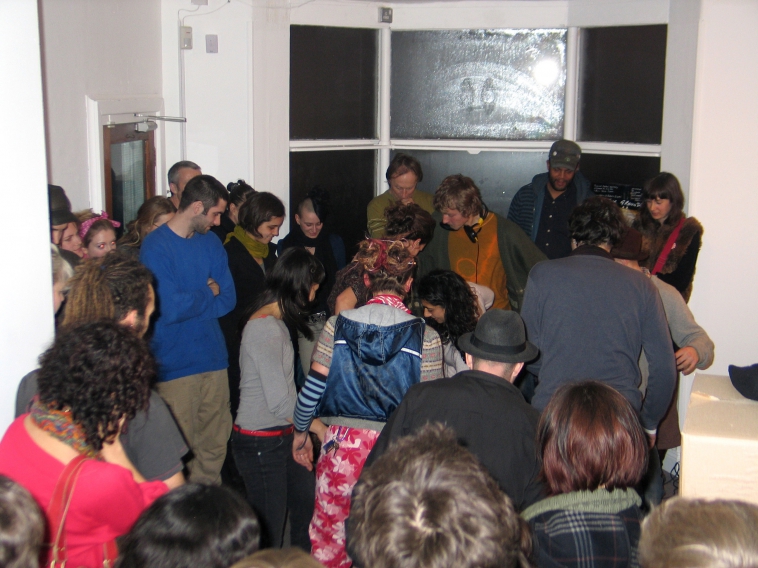 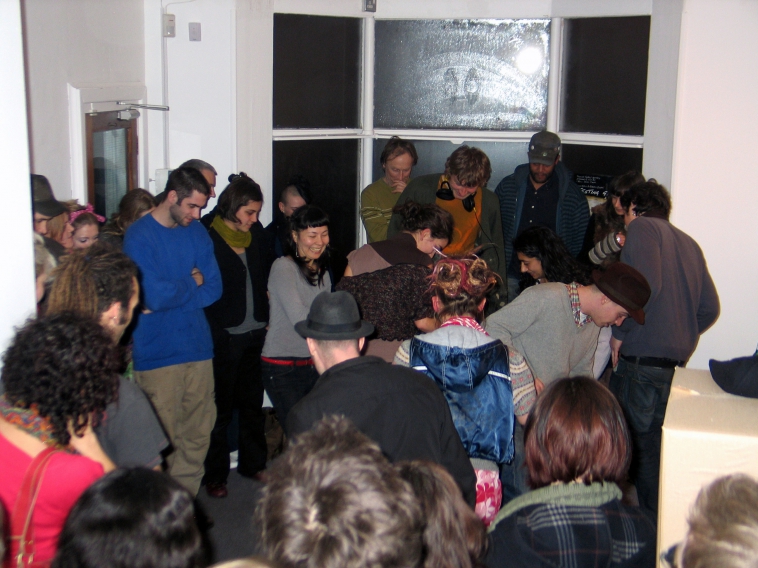 More Events for No Ball Game